“I’m tired of knowing that I need to prepare for eSocial, but I’ve done nothing! Now what?” That sentence is often heard among HR managers and related areas in Brazil-based companies. According to Folha de Sao Paulo, one of the main news outlet in the country, almost half the companies that will have to comply with eSocial have not prepared themselves for the new system being implemented in early 2018*. With such an important change, why haven’t they?

The government act 8373/2014 has established the Digital Bookkeeping System for Tax, Social Security and Labor Obligations (eSocial). Through this system, all employers will communicate to the Government, in a unified and online manner, information related to their employees, such as employment relationships, social security contributions, payroll, occupational accident communication, termination prior notice, tax bookkeeping and information on Severance Pay Insurance Fund (FGTS). The eSocial project is sponsored by multiple Brazilian Federal Government agencies and entities: The Internal Revenue Service Office (RFB), Federal Reserve (Caixa Econômica Federal), the National Institute of Social Security (INSS) and the Ministry of Labor (MTb).

The Brazilian government is seeking to know in detail and in real time, what happens in each labor transaction. Much like Orwell’s Big Brother, someone is watching everyone and everything – all the time! However, this electronic transmission of the employment data, according to the government, will simplify the availability of mandatory information, reducing bureaucracy for business and guaranteeing the rights of the workers. The electronic rendering of information through eSocial will replace several forms and reports sent on a regular basis to the government, thus producing higher accuracy rates with the data. It is intended to be used primarily to perform electronic oversight and fight tax evasion and will impose fines for those companies who do not comply with sending the information accordingly.

For the majority of Human Resource managers, the project brings very advanced concepts of information technology tied to rudimentary and archaic legislation. This seemingly indigestible combination can make it a real nightmare not only for HR managers who need to redesign their internal processes and interfaces, but also for the finance areas that should secure budget investments, and IT that needs to review architectures and develop the supporting applications and infrastructure to meet the new regulatory requirements.

So why on earth have so many people froze on this subject?

Long before Act 8,373 became law and was officially published in November 2014, the eSocial theme had been already circulating in companies, causing panic due to the heavy reliance on outsourced payroll vendors and/or software, mostly because these service providers will be the first ones impacted by the act for being the primary source of data transmission to the government. Further, the Finance department expects the project to be organized by IT, which in turn waits for HR business requirements, which waits for changes from the Payroll vendor and its system configurations. The end result? A lot of people waiting, and no planning or real action in sight.

And on top of everything else, much of the uncertainty, inaction and chaos for the stakeholders is due to the inefficiency of the project within the Brazilian government itself. From the earliest public news about eSocial in 2012 to the present day, there have been countless delays and postponements to redefine the technical requirements of architecture and layouts, resulting in millions of dollars wasted in rework, mobilization of resources without results, and project disruptions both in and out of the federal administration.

Currently, the government works by consulting with an integrated committee composed of all the ministries involved, as well as major Brazilian companies from various industries and with large ERP platforms and specialized software. This format has brought greater speed in the configurations and tests of the solution. However, due to the instability in Brazil’s political and economic environment, the change of cabinet secretaries due to Dilma Roussef’s impeachment and the current crisis shaking Michel Temer’s presidency in one of the biggest political tsunamis ever recorded, there is a huge gap in official communication about eSocial, which results in even more uncertainties.

The most recent communication about the official deployment schedule occurred on August 31st, 2016. The resolution establishes a new deadline for eSocial to become mandatory starting January 2018 for companies with revenues above 78 million Reals, and in June 2018 for all others.

The eSocial system is partially in operation through some modules, such as Domestic Employer, which requires the registration and paying of taxes of people who work for individuals. As well as the Record Certification module, which enables companies to perform actual data cleansing as an eSocial preparation phase. The government has recently enabled the testing environment for eSocial, so that companies can verify their aptitude and readiness for the system.

While Human Resource professionals have nightmares with the level of complexity and uncertainty arising with the project, the only safe bet seems to be that eSocial will come to life soon, not only because of the government’s strong desire for revenue, but also because of the need for technological modernization of the country’s data reporting systems.

It is also important to note that if a company does not make the necessary changes to have information readily available, they will end up failing to send it through eSocial, and thus will lose their “Certificate of Good Standing” (i.e. they  will be considered “in default” for the government) and will be subject to financial penalties and fines.

There is no doubt that eSocial regulatory requirements will have a huge impact to all areas of an organization, especially Human Resources. 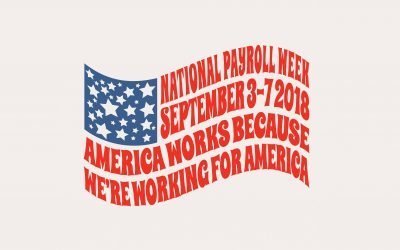 Why You Should Care About National Payroll Week

If you work in the HCM space, you may be familiar with National Payroll Week (NPW), which is September 3rd-7th.  If you are not familiar, here are a few facts. NPW was started by the American Payroll Association (APA) in 1996 and occurs every year the same week as... 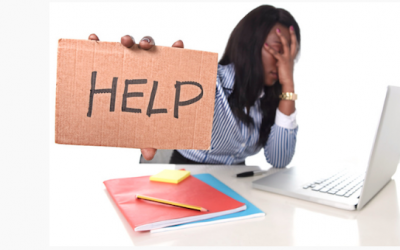 4 Reasons Payroll is Complex [and How to Simplify it]

When we ask the payroll team "What makes payroll complex?", the answer is not likely to be the payroll process itself.  Gross-to-Net calculations are fairly routine.  The day-to-day complexity of payroll is driven mostly by factors internal to the organization and can... 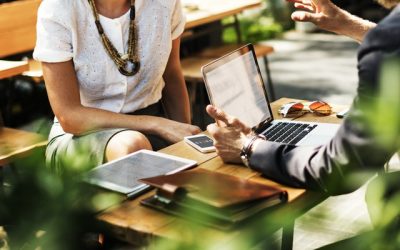 If you have ever purchased a diamond you know the 4-C's are very important to the process.  The diamond industry has done an excellent job defining their customer and product and educating the buyer on exactly what to look for!  The global payroll industry has been...